Shiatsu: for body, mind and spirit

It’s much more than just lying on a mat… Shiatsu is a form of bodywork that was originally developed in Japan as a harmonising therapy. It has grown around the world to become a sought after holistic therapy that supports the body, mind and spirit.

The name ‘Shiatsu’ translates as ‘finger pressure’ but the development of this modality sees it incorporate a range of techniques, from not only thumbs but also the practitioner’s palms, knees, elbows and feet with either firm or light pressure. Shiatsu Practitioners may also incorporate supporting oriental therapies such as moxabustion, cupping, stretches and lifestyle advice.

Shiatsu is underpinned by the framework of Oriental Medicine. Within this, a person’s ‘health’ is seen as the harmonious relationship between their own internal conditions and their external environment – a balance in Qi/Ki/Chi between the body-mind-spirit and one’s relationship with nature. 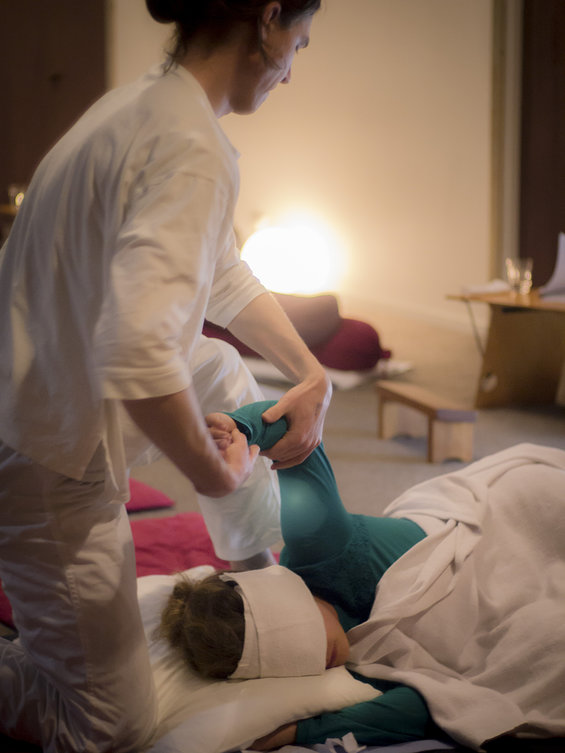 With this in mind, the shiatsu treatment aims to promote the overall wellbeing and health of a person by using pressure through touch to meridians and acu-points. This seeks to reinforce or re-establish the body’s ability to function harmoniously and stimulate the immune system to protect itself against dis-ease.

Because Shiatsu works on many levels and affects the internal organs, muscles and joints and different systems of the body, there are a vast range of conditions that respond well to Shiatsu treatments.

Shiatsu is generally given on a futon with the client fully clothed. People may come to Shiatsu for support with specific conditions, or during life and seasonal transitions, or as part of their regular health and wellbeing maintenance.

The energetic nature of Shiatsu and working with Qi make it a special modality for both the receiver and giver.

The college's main academic focus is a minimum two-year Diploma of Shiatsu and Oriental Therapies which is accredited with the State Training Board of Victoria as well as being Nationally RecognisedTraining, and is Austudy approved.